The Libya economy depends heavily on oil as considered the most important commodity in many countries, it impacts the politics and the economy of such countries. As a result, the income generated from the oil sector should be invested in other sectors such as tourism. The tourism sector is one of the most significant sectors in most countries worldwide. Thus, the political upheaval that swept through the Middle East and the North African region in 2010 and 2011 brought about great political turbulence, followed by a severe decline in the number of international tourist arrivals. The 2011 Libyan civil war has halted tourism activities and blocked off the development of Libya’s tourism sector. Economic, political and security problems in post-civil war Libya have created a high degree of turbulence and uncertainty among Libyan tourism firms, as their operations are dependent on national security, political stability and the confidence of international tourists and agents to travel to Libya. The purpose of this study is to investigate how travel and tourism companies in Libya respond to the turbulent environment as well as to war and post-war conditions. In addition, the study will show how tourism firms develop specific capabilities to resume business as usual or to adapt to the new conditions in the post-crisis stage.  The data were collected through semi-structured interviews with five travel and tourism companies’ managers. The interviews were supplemented with secondary data where available. The interview data were analyzed and a number of recommendations will be presented. 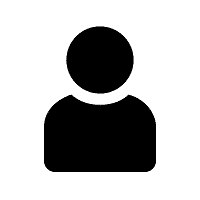